Culture, Results and Everything in Between

A few years back, Deloitte’s conducted research that uncovered a strong relationship between companies with strong cultures and workers with higher job satisfaction. 94% of executives and 88% of the employees claimed to be firm believers of the fact that a distinct corporate culture is vital for success.

Another research done by CultureIQ showed that in companies with a strong culture, the employees were 20% more appreciative (and generous with ratings) of the company’s qualities.

Strong workplace culture is more valuable than ever today. As an example, let’s take the case of Jonathan Frostick.

In April 2021, Frostick, a 45-year-old HSBC manager, had a serious heart attack. You would think that in such a dire situation, his first thought would be about his family or friend. Apparently not. His first concern (quite shockingly) was that he wouldn’t be able to attend an upcoming meeting at work.

Realising how much this ‘hustle’ attitude (or rather say, culture) was affecting his mental health, Jonathan took to social media. In a lengthy LinkedIn post, he explained his stance on stress, induced by continuously exhausting work. As the post’s engagement grew online, hordes of people realised they had similar troubles.

“No matter how brilliant your mind or strategy, if you’re playing a solo game, you’ll always lose out to a team.”
~ Reid Hoffman

Throughout the time of man’s collective existence, he has been told that life has different spheres. This idea was first popularised by German sociologist Max Weber in his famous essay ‘Zwischenbetrachtung’ (Intermediate Reflection). According to Weber, social lives are split into several spheres. There is an economic life you lead, and a separate personal one.

In recent times, though, there has been a significant shift from this mindset. The pandemic forced everyone to make homes their primary workspaces. Of course, this led to a blurring of the line between personal and professional lives.

Culture acts as a platform for development.

For a company to flourish, there are two things required: strategy and culture. They are the hinges upon which the development of an organisation rests. Now, the strategy part of this equation is handled by the leaders. They devise direction and plans. They ensure a certain level of productivity is maintained. Culture, though, everyone’s responsibility.

It comprises every minute way leaders and employees act, intentionally or unintentionally. Whether certain behaviours are acceptable or not is defined by the workplace culture. Culture is organic to its core.

You might ask: Isn’t strategy far more important than culture for an organisation? Not quite so. As Peter Drucker once said, “Culture eats strategy for breakfast.” Culture enables the strategy to work by providing an arena that supports the growth and development of employees. If the strategy is the soil, then culture is the fertiliser that makes it cultivable.

“Presenting leadership as a list of carefully defined qualities (like strategic, analytical, and performance-oriented) no longer holds. Instead, true leadership stems from individuality that is honestly and sometimes imperfectly expressed. … Leaders should strive for authenticity over perfection.”
~ Sheryl Sandberg

Humans are oft called social animals; they tend to form communities as much as possible. So, it comes as no surprise that establishing healthy cultural patterns demands a communal effort. Leaders can direct the workflow to incorporate certain values, but it needs the workforce to make it happen.

Culture is not something that lies within one person. It is what makes us all part of something much bigger, a community. Many times, it doesn’t manifest itself visibly. Instead, it permeates into the thoughts and mindsets of the organisation.

A smaller organisation with a collaborative and united team stands much stronger than a bigger counterpart with a disjointed team. Healthy workplace culture not only unites people. It motivates them to work smarter and strive towards a shared goal.

Insider Secret: The magic sauce of high performing teams isn’t elusive.  The ingredients are quite common sense.  Talk to us if you’d like some ideas.

The eight styles of workspace culture.

A very informative video by Harvard Business Review says that the culture of a company is determined by two factors: the way everyone interacts and how they respond to change. It doesn’t matter how big the company is or where it is located: the culture boils down to these two things.

Some prefer autonomy, while others prefer being a part of a team for almost everything. Interactions can range anywhere from being independent to highly interdependent. Similarly, some people are always welcome to change, while others not so much. Responsiveness to change refers to the value placed on stability by a company. What is prioritised most in a company’s culture depends on different combinations of these factors. They have ended up resulting in eight broad types of workplace culture.

These eight styles refer to what matters most in a company (other than productivity, of course). Effective combinations of these can help you develop strong values in an organisation.

When values like these are given importance, there is a boost in the mental wellbeing and satisfaction of everyone who works in the company.

PRO TIP! These styles can be measured at team and organisational levels with the flowprofiler®. Its results allow for purposeful alignment of individuals’ and team strengths for optimal performance.

Establishing a well-balanced culture is understandably no piece of cake. There needs to be a sustainable environment for harnessing the positives in conflict situations.

Trust is key in this scenario. When there is a strong foundation of trust between leader and the team and between team members, accountability, commitment and results are natural outcomes.

Regard for others in the team and social awareness go a long way in creating intimacy and strong bonds. Not only do you make your workplace a safe space, but you also make collaborators who stick with you in the long term. Knowing how to build trust in virtual or in person settings has become a key competency of high performing teams and leaders.

Culture is needed to bring out the best in us. You need to trust each other and make yourself reliable and trustworthy for your co-workers. Amiability is a firm foundation for culture.  It’s another way of saying that you’re less self-oriented!

We live in a time where the importance of optimal mental wellbeing is being recognised as a critical ingredient of organisational success. Happier employees work harder, they produce better results. Having a strong strategy is no longer enough: culture tips the scales each time. 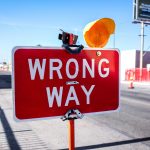 A Quick Guide to Critical Thinking 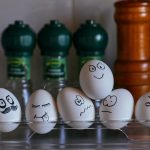 Empathy, Leadership, and the Communication that binds them